Named after the great king Rao Jodha, Jodhpur truly stands for royalty. With numerous iconic heritage sites, this city boasts of a number of places to visit. Travelling with a toddler, we narrowed down the best places to see in Jodhpur.

Being one of the largest fort of India, it does not disappoint anyone looking for historical Indian architecture. Situated at a height, one can easily see it from the city. The entrance is convenient with options of elevator (as one have to walk on cobbled sloppy road) to reach the fort from the entrance. Grandeur and historical heritage can be found in each corner of the fort.

There are cannons and vivid arms & armours on display at this fort. Looking at the city from here, we found most of the houses are painted blue giving it the iconic nomenclature of blue city.

The museum is one of the most well-stocked museums in Rajasthan. Beautiful rooms are also shown which has real gold embedded on the ceilings and intricate art work brightens the whole place.

The Jaswant Thada is a cenotaph located near to the Mehrangarh Fort. The cenotaph’s grounds feature carved gazebos, a tiered garden, and a small lake. There are three other cenotaphs in the grounds. One can easily unwind at the park after a good walk at the Mehrangarh Fort.

One of the most happening places in Jodhpur is the Sardarpur market which is the market around the clock tower in the old city. Numerous vendors and tourists flocking the market makes for a wonderful sight.

Umaid Bhawan Palace is one of the world’s largest private residences. A part of the palace is a museum and some portion is hotel. The Palace was built to provide employment to thousands of people during the time of famine. The museum has exhibits of stuffed leopards and various household’s items used by the royals (made up of gold & silver). The classic cars of the Maharajas are also on display in the garden in front of the museum. 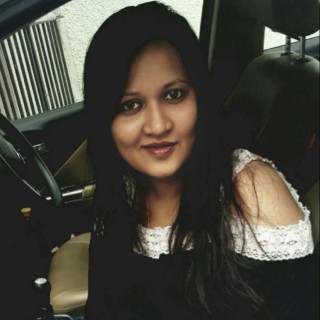 An MBA in international trade by profession, I am a traveler mommy. Whenever I am not in office, I am traveling with my husband and little one. (When in office, I spend time by planning trips ;))